What impact Brexit had on the UK-EU trade? 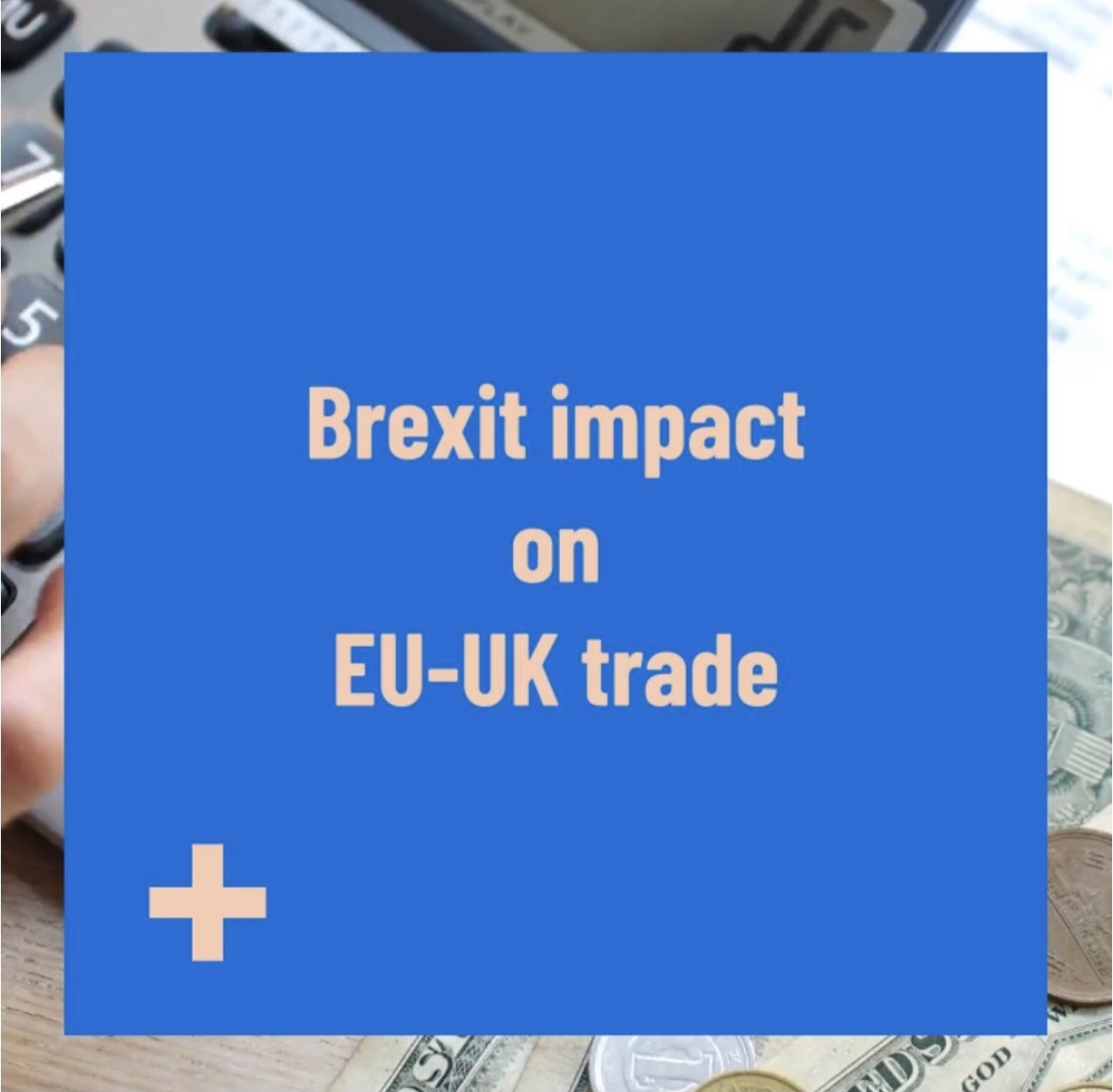 The effect of the UK leaving the EU has been felt by both individuals and companies, but it can be difficult to discern from the pandemic's overwhelming impact. Despite a last-minute agreement negotiated in December guaranteeing tariff-free trade, new border formalities have hit British exports to the EU the hardest. While some sectors report progress since the early turmoil in January, they also say that the issues go beyond the "teething troubles" outlined by the UK government at the time.

As the economy grappled with post-Brexit regulations and the pandemic, official UK figures published in March showed that the UK's trade with the EU dropped to a new low in January.

As a result of the UK's exit from the EU's single market, as well as additional bureaucracy and often unforeseen costs and taxes, goods exports fell by 41% and imports fell by 29%. According to a study released by the Federation of Small Businesses in late March, nearly a quarter of small UK businesses surveyed said they had temporarily suspended sales with the EU due to post-Brexit regulations.

Only a few ambiguous agreements on utilities were included in the Brexit agreement, and financial services were handled separately.

The UK and the EU have signed a "memorandum of understanding" on future cooperation, as planned by the end of March. It is hoped that it would assist City of London businesses in regaining access to the EU that they lost when the UK exited the EU's single market.

This, on the other hand, falls well short of restoring complete "passporting rights" to all EU markets. And it is up to Brussels to decide on the lesser type of entry, which is granted when the EU considers a third country's legislation to be "equivalent" to its own.

After the 2016 Brexit referendum, hundreds of UK-based financial companies have transferred at least some operations to the bloc, resulting in a flight of share trading activity from the UK into the EU in the immediate post-Brexit timeframe in 2021.

In February, Brussels gave its initial approval for personal data to continue to flow freely between the UK and the EU in the post-Brexit period. According to the draught decision of the European Commission, the UK's data protection regime complies with the EU's own flagship regulation.

The step was applauded by health organisations on both sides of the English Channel. In a joint letter, they stated that EU approval of the UK regime is "vital for the functioning of the European health sector." "It governs everything from how thousands of European citizens receive cross-border health and social services to how health data is safely exchanged to advance science."

The fact that the sale of drugs and medical devices would remain tariff-free under the Brexit trade agreement is also a plus.

Last year, however, the European pharmaceutical industry emphasised the value of a trade deal that included a mutual recognition agreement (MRA) on inspections and batch testing. On the first, but not the second, there was agreement.

For the next two years, the United Kingdom has waived batch testing conditions for EU goods. However, the EU continues to impose testing on drugs travelling in the opposite direction.

Brexit has impacted not just the finance and healthcare industries, but also the food, agriculture, and fishing industries. So far, the UK's decision to delay imposing import tests on EU products has had no negative impact on European exporters.

Persona Finance is a London consultancy and accountancy firm which can help your business to optimise taxes while trading with the EU or UK. We will provide you with financial advice and help to cut unnecessary expenses. If you have further questions, please contact Persona Finance (enquiries@personafinance.co.uk).